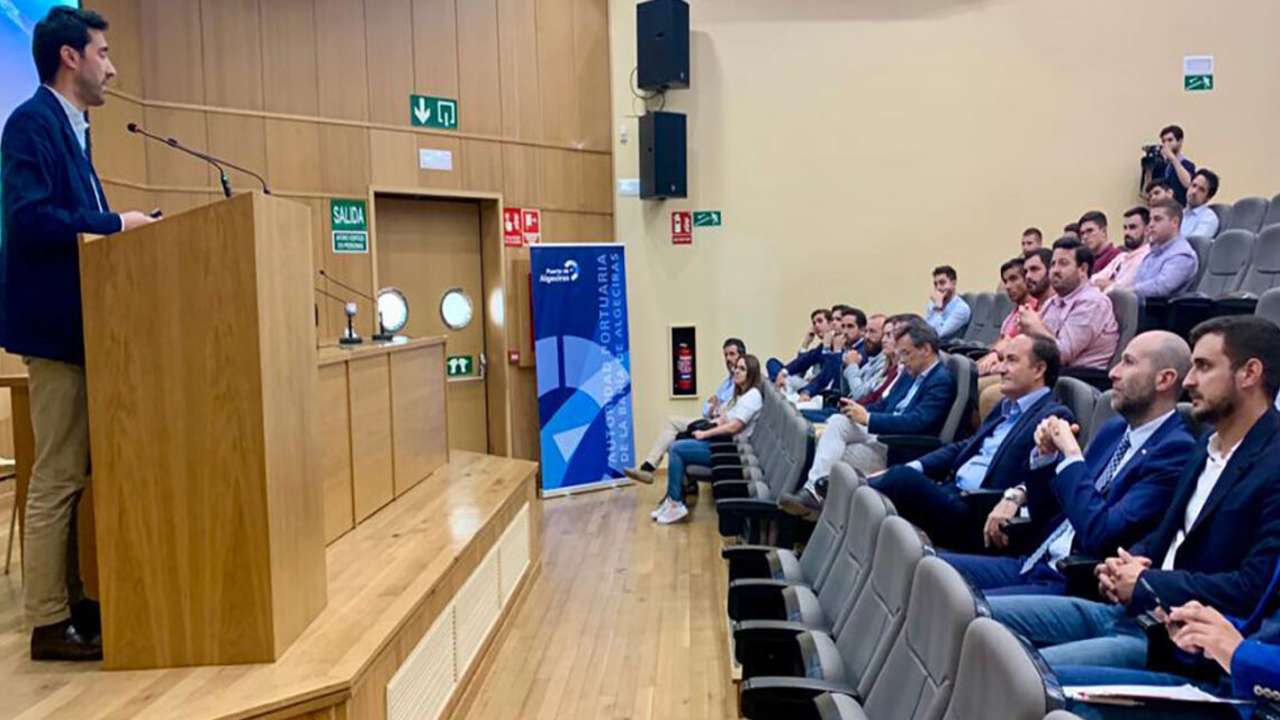 The Millán Picazo auditorium of the Algeciras Port Authority was the venue for the second event organized by the association Algeciras Port Youth Community.

The discussion day, held on Wednesday May 25 and entitled “The Digitalization of the Port of Algeciras”, was attended by Gerardo Landaluce and Jesus Medina, President and CIO of the Port Authority respectively, and the delegate of Youth of the City of Algeciras, Francisco Javier Arango.

Gerardo Landaluce expressed his satisfaction with the initiative, showing all his support to a group of young people committed to their academic and professional training, linked to the Port of Algeciras. “We are aware that we are living the fourth industrial revolution and we are aligned with the Ports 4.0 strategy of Puertos del Estado, so we will continue betting decisively to be an intelligent port,” said the President.

For his part, Javier Arango valued “this type of activities that Algeciras Port Youth Community has been carrying out on a regular basis. That in a city like ours there is this relationship between youth and such an important entity for us as the port can only be synonymous with success in the short, medium and long term for our young people“.

Jesús Medina explained, before more than a hundred young people, the digital transformation and innovation strategy of the Port of Algeciras. During his speech, the CIO of the Port Authority highlighted the three main focuses of innovation in the APBA: competitiveness and logistics orchestration, sustainability and climate neutrality, and innovation and talent. He also explained how digitalization, artificial intelligence, the internet of things and advanced communications such as 5G, will mark the advances in innovation by the Port of Algeciras.