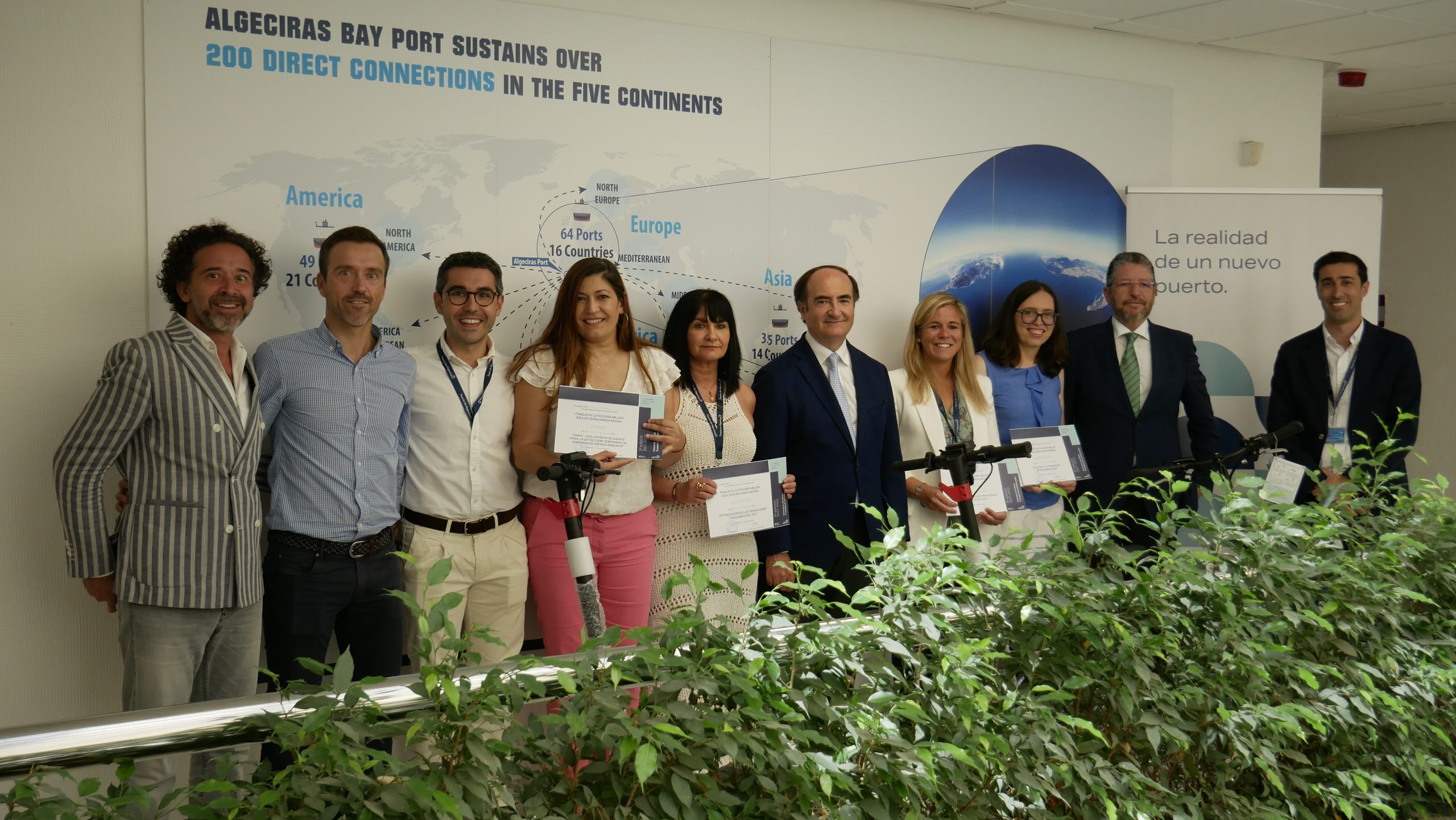 The Algeciras Port Authority (APBA) held last Wednesday, July 13, the awards ceremony of the 3rd edition of the ideas contest “Travesía de la Innovación” (Innovation Journey). During the event, held in person on the premises of the APBA, the best ideas of its employees and participating entrepreneurs and technology companies were awarded. With the aim of promoting innovation based on the use and exploitation of data (Data-Driven Innovation Challenge), the contest awarded three categories: “best internal idea”, “best external idea” and “most voted idea”.

In the “best internal idea” category, the winning proposal was presented by APBA employees María Román and Eva Frutos, who proposed the creation of a tool that allows the optimization of operations and resources of the Border Inspection Point (PCF), so that through a control panel the workload, the level of occupation or the inspection schedule, among other variables, can be foreseen, and thus optimize the operability of the organization. The other finalist ideas in this category were Internal flow model of the Port of Algeciras Bay, by Andrés García and Carlos A. Sánchez, and Passenger flow modeling at the Maritime Station, also by Carlos A. Sánchez.

The “best external idea” was that of the company Hiades, which presented the project Ziday – intelligent solution for the early detection of oil spills, whose prize was collected by Coqui García. The other finalists were the proposals presented by the companies Add Ocean with its Prediction of truck queues in the port area, and Sopra Steria with Agility and optimization of resources, the latter also awarded for being the “most voted idea”.

In the case of the best internal and external ideas, the prize involves the development of the project and the possibility of financial support for its implementation. To determine its decision, the jury has assessed the attractiveness of the 14 ideas presented, their feasibility, expected impact, originality and popularity (the latter through the votes obtained by visitors to the APBA Innovation website).

Attracting talent. During the awards ceremony, the President and the General Manager of the APBA, Gerardo Landaluce and José Luis Hormaechea, respectively, highlighted the importance that this kind of events mean within the bet of the port institution for innovation, since “contests like this one attract talent to the Port of Algeciras Bay”. With the celebration of its third edition, the APBA wants to continue promoting, fostering and encouraging innovation and entrepreneurship among its staff and its port community. In this sense, the head of the Technological Development Area of the APBA, Jesús Medina, recalled that the Port of Algeciras channels innovation through an open model that seeks to “collect, accommodate any innovative initiative of high impact for our business and activities that come from outside our organization”.

Motivation. During the awards ceremony, the trainer and lecturer Ramón Barrera, gave a motivational talk to the attendees in which, with the premise that “it is time to take action”, he spoke about the skills needed to adapt to change and dare to innovate and undertake.

Travesía de la Innovación (Innovation Journey) is the APBA’s innovation management and culture program. Under this umbrella the port institution organizes numerous activities aimed at university students, port workers, entrepreneurs, start-ups and technological SMEs with the organization of competitions or allowing companies to test their solutions in the environment of the Port of Algeciras Bay, within the framework of the Algeciras Port Living Lab program. In 2020 “Travesía de la Innovación” won first place in the 12th edition of the ESPO Award, organized by the European Ports Organization (ESPO), which recognized the role of the APBA in promoting the integration of innovative companies and local entrepreneurs in the port area.