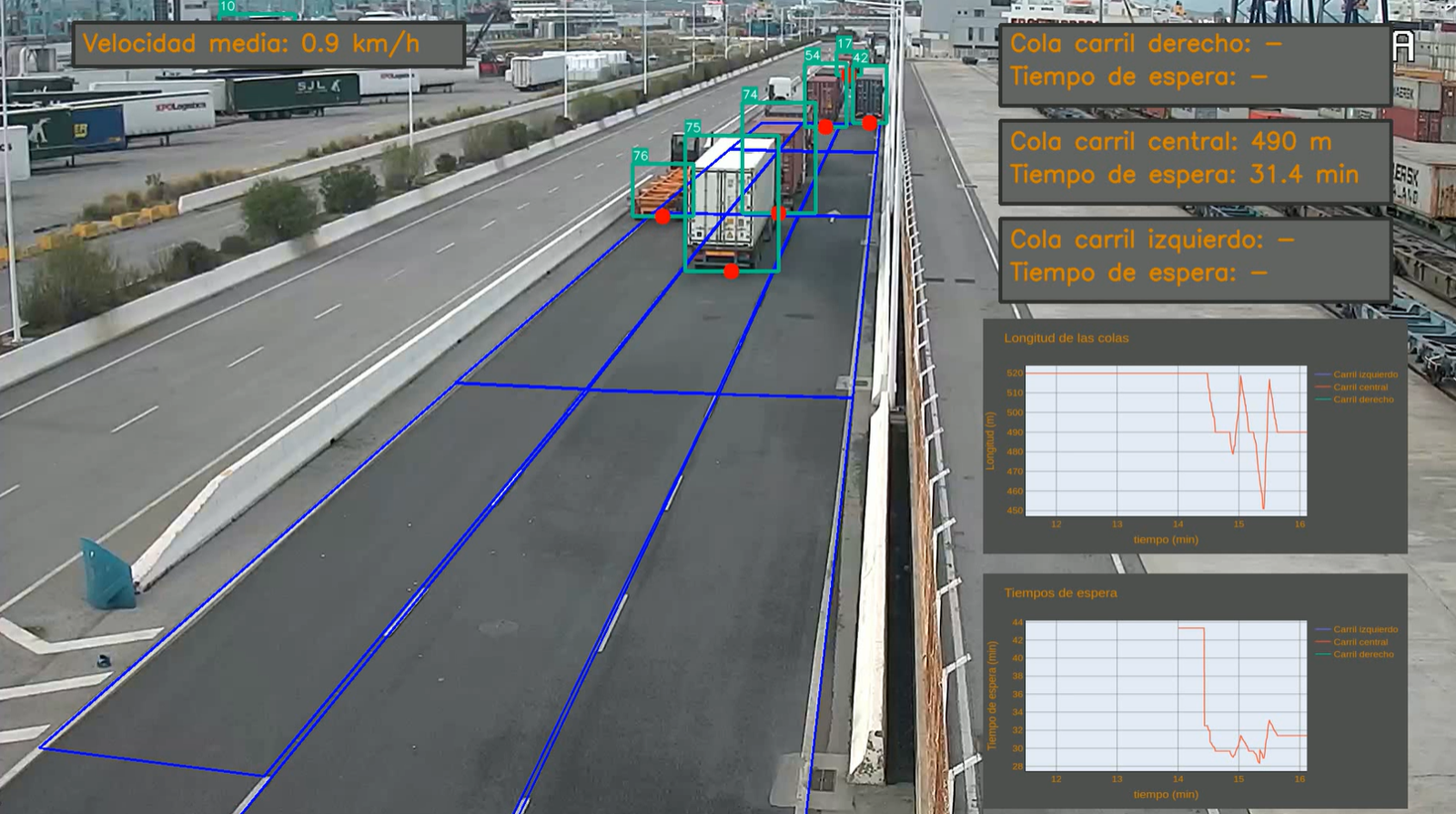 The innovation project was constituted as a proof of concept (PoC) whose challenge was to provide, from the use of video images from the APBA’s Image Capture System (SCI), real-time information about the degree of occupation of the entrance and exit roads to different port areas as well as the arrival flows of trucks for the different time slots of the day, which allows both the APBA and the other agents of the logistics chain to improve their operational efficiency, reducing waiting times and optimizing the flow of the cargo.

The challenge was developed by the company Babel in collaboration with AWS, whose technological solution made it possible to demonstrate that by means of Computer Vision and Artificial Intelligence tools, it is feasible to detect the queues of trucks existing at the different accesses and also to record the speed and associated waiting times.

The scope of the proof of concept consisted in the development and implementation of a minimum viable software product (MVP) based on algorithms that allow processing the images captured by the existing cameras in the port and automatically return, in real time, information on the degree of occupation of the accesses to the terminals. In this way it is possible to obtain both the occupancy and the estimated waiting times.

For this purpose, these algorithms allow:

The ultimate goal is to minimize traffic congestion problems in order to improve the quality of service offered by the port. To this end, the APBA intends to have a tool that (1) allows real-time monitoring of the state of activity at the gates of container terminals, TTP, PIF, port access or shipping areas and (2) based on historical records and other data sources, allows to obtain a prediction of the distribution of truck arrivals throughout the day and the estimated waiting times in the short-medium term.

This will enable the APBA, in the future, to offer quality information to carriers in order to facilitate their decision making when planning their stay in port, improving their operational efficiency and in turn reducing emissions produced by trucks and heavy traffic.

A video demonstration of the developed prototype is shown below: