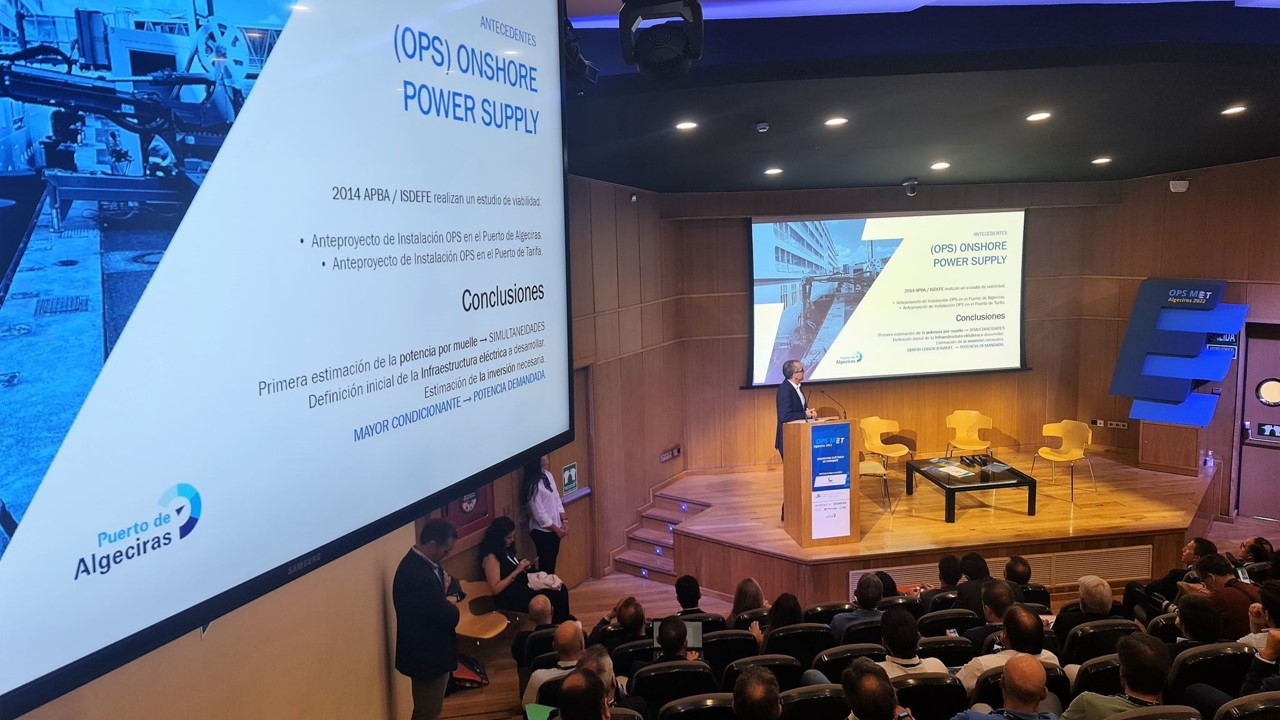 The Algeciras Port Authority (APBA) hosted last Thursday July 7 the international meeting ‘OPS Meet Algeciras 2022‘, the second edition of this technical conference focused on analyzing the feasibility, utilities, benefits and successful applications of the OPS (Onshore Power Supply) system for the power supply to ships during their stay in port and its positive effects on the environment and sustainability.

The event, which took place in the Millán Picazo Auditorium of the Port of Algeciras, presented a complete program focused on this occasion on the vision of container terminals, shipping companies and Ro-Ro traffic operations.

The APBA, through its Infrastructure Manager, Francisco Iglesias, presented the lines of action and projects in which the Port Authority is working in order to implement the OPS in the docks of Algeciras and Tarifa, and then extend it gradually until 2030, also covering the container terminals and the rest of the berths. The implementation of this technology, considered as one of the pillars to achieve the energy transition of the maritime transport sector, will allow the fleet to turn off auxiliary engines and connect to the power grid during the time they remain in the dock, reducing emissions, noise and vibrations.

The event, organized by the Naval Maritime Cluster of Cadiz and the Algeciras Port Authority, is part of the DipuActiva 2022 agreement signed by the former with the Provincial Council of Cadiz, which encompasses a series of actions, aimed at cluster members and other companies in the sector, which aim to strengthen and improve the competitiveness of the same before the obvious process of transformation in which it is immersed.